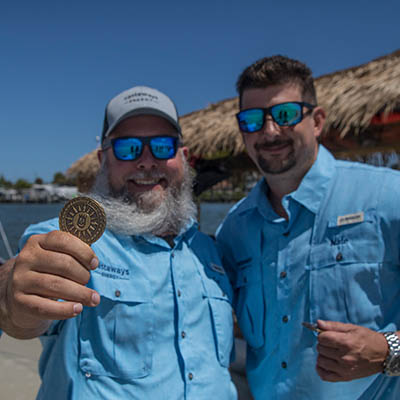 Nathan is a south Florida native, born in Miami, on Earth Day, no less!  Perhaps it’s a coincidence that an Earth Day birthday solar professional has spent the last 17 years of his career in the clean energy sector. In 2004, Nathan saw an article in USA Today about solar energy, and the benefits to generating your own power. He was already an electrician by trade (the family trade), so he attended a trade school at the Florida Solar Energy Center in Cocoa, FL, to learn more about the industry. Nathan spent several years installing systems as an electrician, eventually leaving Florida to spend a year in California in 2010, learning from the best in the business in a more well-established and veteran market. In 2015, Nathan accepted an offer to open SolarCity’s (Tesla Energy) first operations office in the State of Florida, where he led the growth of the business to 12 field crews and the largest solar operations staff in Florida, installing over 120 projects per month by the time of his departure in 2019, when Castaways Energy was founded by Nathan and Carl Craig. Nathan’s dedication to building a team centered on customer experience, quality, and leadership, is second to none. Solar power is Nathan’s passion, and Castaways Energy is his family. When he’s not surrounded by his Castaways family, Nathan spends time coaching basketball for his two sons, Marshall and Morgan, taking adventures in Crystal River with his daughter Sheila, and enjoying the Sunshine State life with his sweetheart, Bethany.

Carl is a Florida-born, seasoned Master Electrician and license holder for Castaways Energy with 2 decades in the electrical trade. Carl began his electrical career immediately after he graduated from Deland High School in 2001, and enrolled in Seminole College’s FEAT (electrical trade school) program.  Carl would later become a teacher for several years at the same FEAT school from which he graduated, where he passed on his knowledge and experience to hundreds of future skilled tradesmen, that actually work with Carl at Castaways Energy today! Carl’s electrical career has spanned across commercial, residential, and renewable energy sectors, and he also specializes in multi-level project estimating, energy management systems, generators, energy storage, automation, refrigeration, and cooling.  In 2017, Carl joined Tesla Energy, where he installed the first Powerwalls in the country for Tesla. Carl’s leadership was instrumental in the installation of more than 200 Tesla Powerwall systems. Today, Carl manages the quality, electrical, and customer experience at Castaways Energy and Co-Founded the company with Nathan Traynor in 2019. Carl enjoys spending time with his daughter, Gracen, his wife, Stephanie, and occasionally catches a few dink bass when he’s not managing the Island of Solar Excellence at Castaways Energy!